Since the dawn of time, the greatest struggle of the graphics programmer is to ensure that bright stuff looks really damn bright. We’re stuck with displays that have a limited displayable range, which means it’s fallen upon us to come up with new hacks and tricks to make sure the player at least feels like he’s blinded by the sun, even if we can’t really cause physical damage to their eyes (if only!).

In the early 2000’s, all we had to work with was the lens flare. It was cheesy, and it was everywhere. You probably still remember being bombarded with giant flare sprites whenever you looked up at the sun cresting over the mountains. If not, this should jog your memory: 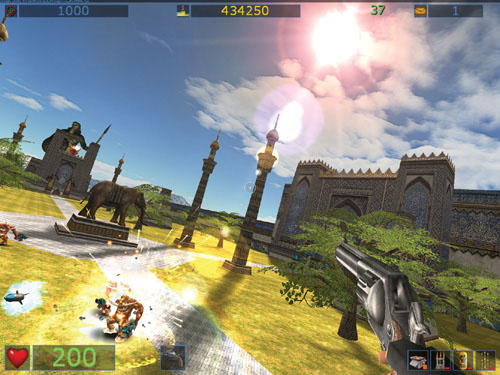 A few years later, Tron 2.0 came out and brought with it some neat glow effects. Now all that glowly Tron stuffed looked like it was glowing! But pretty soon we got crafty and realized that we didn’t just have to blur a glow value stored in the alpha channel, but we could do it to everything. And thus, bloom was born. With bloom not only could we make bright stuff look bright, but we could give the same treatment to the mid tones! And like the lens flare, it turned up everywhere. It got so bad, GameSpot gave it an award for being the most annoyingly overused effect. It wasn’t really unwarranted since games looked like this in 2004: 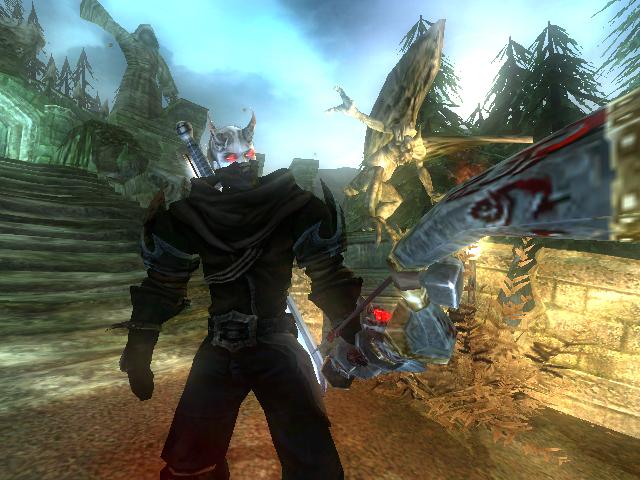 Fast forward to 2007, and Crysis bestows upon us the glory of god rays. It was at this point that we realized that merely blinding people with bloom was not enough…we needed to combine it with beams of light shining directly into their brains. Because every game should look like you’re walking through a thick, soupy haze! 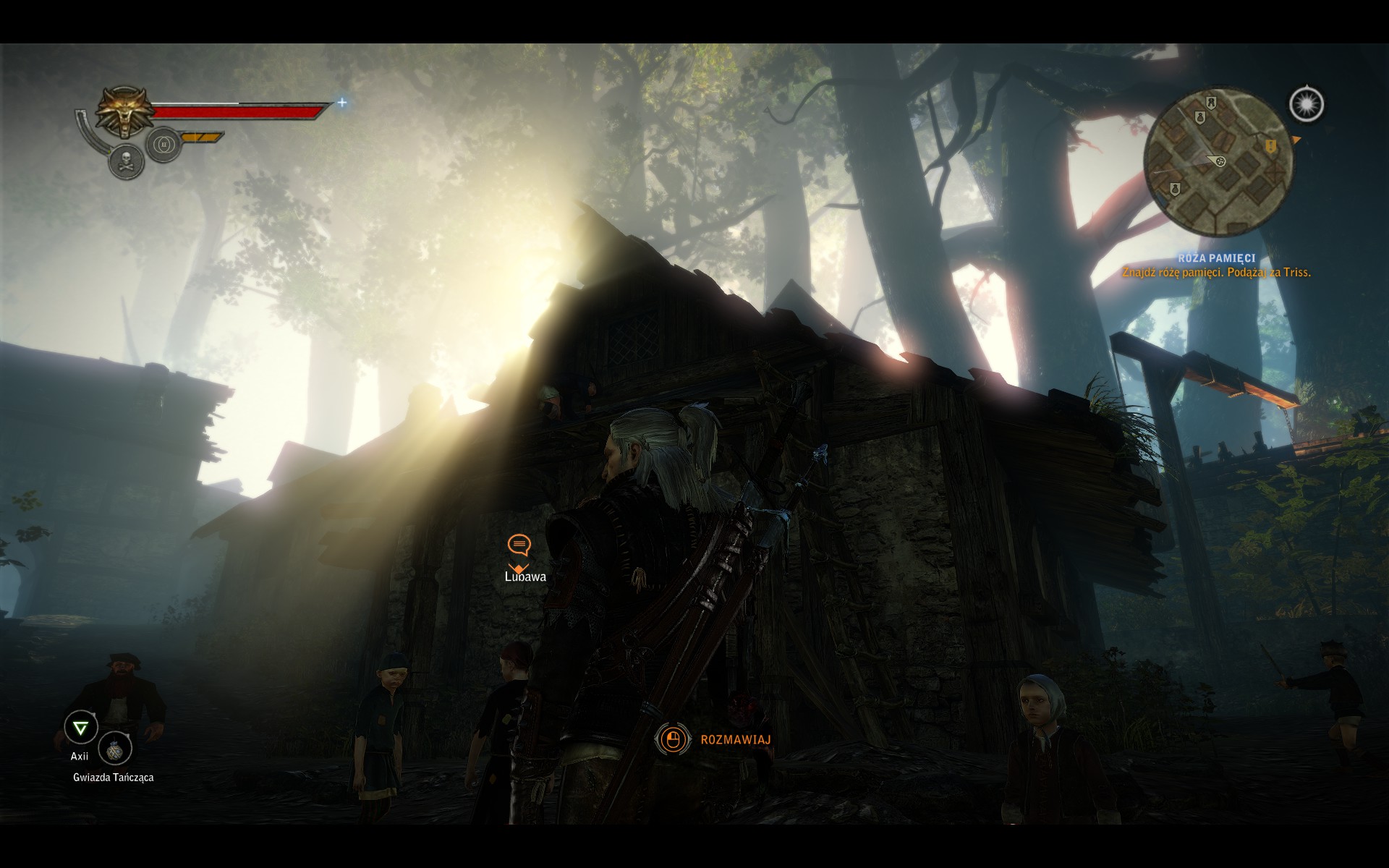 Now in 2011, lens flares are making a startling comeback! I went to E3 on Tuesday, and the obvious effect du jour was anamorphic lens flares. Anamorphic lens flares are great, because they take a tiny little bright spot and stretch it across the whole damn screen. I mean it’s go big or go home, right? Now the player can’t possibly miss that tiny spot light in the corner, since we’re going to cover their whole damn screen with a giant-ass blue flare. High five! 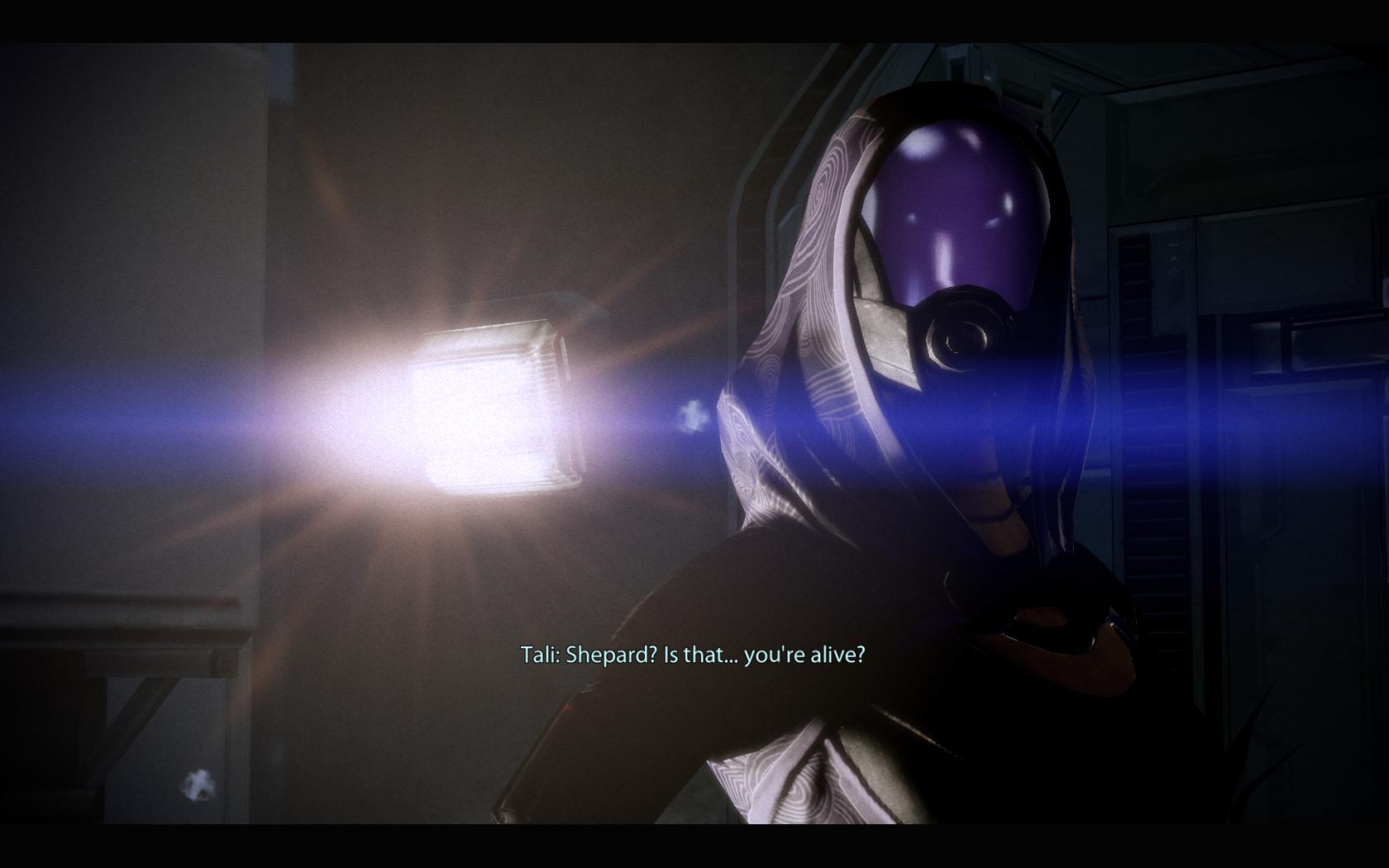 On the subject of E3, I decided that I’m not above pimping our game on my blog. Rest assured, there is plenty of bloom. :P

oh, and I can’t wait for “Physically-Based Real-Time Lens Flare Rendering” (SIGGRAPH 2011 Paper) to be implemented in a game!

Can’t believe you left out Fable 3, it’s the most blinding game EVER! It really should get the “most horrible combination of blinding effects of the year” award.

Nice post. I’m actually betting on the early 2000’s style flares making a comeback soon. With non-2000 hardware, we can do occlusion/coverage tests on the GPU, and read the results in the flare’s vertex shader to change opacity/scale factors. We can also use techniques like in your bokeh demo to find light-sources in the image and automatically add a chain of flare sprites at appropriate locations. All done in HDR, with bloom, and anamorphic stretching! ;-)

What about Bokeh? Now every game has Bokeh :D

I hate blurry graphics, some devs still use this technique, it actually makes game look worse, not better.

hilarious, i think this all goes back to the BELIEVE video by cher…

Newer
I am officially a published author Older
Bokeh II: The Sequel